The China-South Korea Free Trade Agreement negotiations were launched in May 2012. On November 10, 2014, President Xi Jinping and South Korean President Park Geun-hye jointly confirmed and announced the conclusion of the China-ROT FTA. In June 2015, China and South Korea formally signed a free trade agreement. According to the agreed tariff concession plan, based on the 2012 data, the Chinese products that achieve zero tariffs will eventually reach 91% of the tax number and 85% of the import value. The products that the Korean side realizes zero tariffs will eventually reach the number of tax items. 92%, 91% of the import value. On January 1, 2016, the proportion of China's zero-tariff tariff lines will reach 20%, mainly including some electronic products, chemical products, mineral products, etc.; the proportion of Koreans implementing zero-tariff tariffs will reach 50%, mainly including some Mechanical and electrical products, steel products, chemical products, etc.

The China-Australia FTA negotiations were officially launched in April 2005. On November 17, 2014, President Xi Jinping and Prime Minister Abbot of Australia jointly confirmed and announced the substantive conclusion of the China-Australia FTA negotiations. In June 2015, China and Australia formally signed a free trade agreement. According to the agreed tariff concession plan, based on the 2013 data, the Chinese products that achieve zero tariffs will eventually reach 97% of the tax number and 95% of the import volume. The Australian side will achieve zero tariffs on all products. On January 1, 2016, the number of tariffs for zero tariffs in China reached 29.2%, mainly including pharmaceuticals, medical devices, plates, chemicals, agricultural machinery, ships, etc.; the Australian side will have 45% of the tax items immediately upon the entry into force of the agreement. To achieve zero tariffs, plus the original zero-tax rate of goods, the zero-tax rate of tax items exceeds 90%.

The implementation of tariff concessions under the two China-ROK and China-Australia FTAs is a milestone in the history of economic and trade relations between China and South Korea and China and Australia, and will expand bilateral trade in bilateral trade and expand bilateral economies. It will inject new impetus with trade and promote economic growth of various countries, bring new opportunities to the industrial circles of various countries, promote transnational integration among industrial chains, and further promote the process of economic integration in the Asia-Pacific region. The implementation of the two agreements will also help China to comprehensively use the two markets and resources in the international and domestic markets, further smooth the channels of import and export trade, promote the transformation and upgrading of domestic industries and improve the economy and efficiency; the broad masses of the people will also enjoy the implementation of the agreement. Brought the benefits. 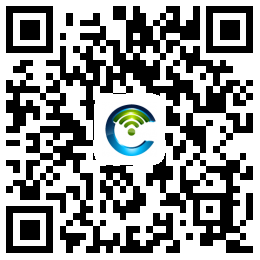