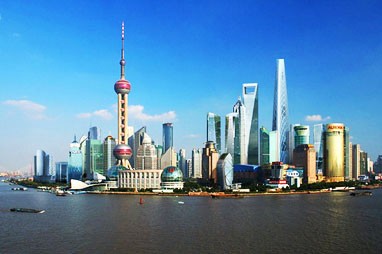 Shanghai's promenade has been a symbol of Shanghai for more than a century. It is the pride of the people in Shanghai. It fully demonstrates the culture of Shanghai and the outstanding ability to integrate, innovate and develop foreign civilization and local civilization. Facing the open mother river, the Huangpu River, the Bund is backed by a group of buildings with rigorous style and different styles. The Bund, also known as Zhongshan East Road, has a total length of about 1.5 kilometers. It is adjacent to the Huangpu River in the east and has 52 different styles of buildings in the west, such as Gothic, Romanesque, Baroque, and Chinese and Western. It is called the “World Architecture Exhibition Group”. Attractions: Valentine's Wall People's Sightseeing Tunnel Chen Yi Square Huating East Shitang. 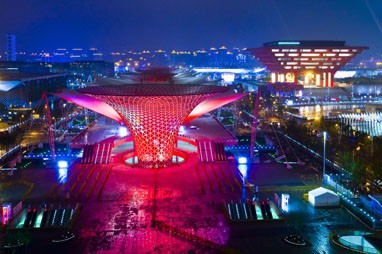 The 2010 Shanghai World Expo established the theme of “Better City, Better Life” and put forward three central concepts of harmony: “harmony between people, harmony between people and nature, harmony between history and the future”. The harmony between man and nature is manifested in the coexistence of "people, cities, and nature." The architects and urban planning experts from Tongji University made an initial attempt in the planning and design of the Expo Park, using green and intelligent building technology as the basic technology platform. Designers hope to gain a more effective green environment construction model through this attempt, and to open up a broader field for the development of green and intelligent building technology. Renowned as “City Green Lung”, People’s Square is located in the city center. It is a garden-style plaza integrating administrative, cultural, transportation and commercial. The north side of the square is the seat of the Shanghai Municipal People's Government. The northwest side is the Shanghai Grand Theatre, the northeast side is the Shanghai Urban Planning Exhibition Hall, and the south side is the Shanghai Museum. People's Avenue passes through it. There are 17 meters wide green belts on both sides of the square, with a total green area of 80,000 square meters. The People's Square has a total area of 140,000 square meters. In the past, it served as a venue for the people's parade in the city, which can accommodate more than 1.2 million people. Under the situation of reform and opening up, the transformation of the People's Square has become a historical necessity. Since the start of the subway station in May 1988, after the construction of the subway station, after more than six years of construction, it has shown a new look to the people of Shanghai on the eve of the 45th anniversary of the National Day. The renovated People's Square has become a political and cultural center of Shanghai that integrates culture, greening and beautification into a century. 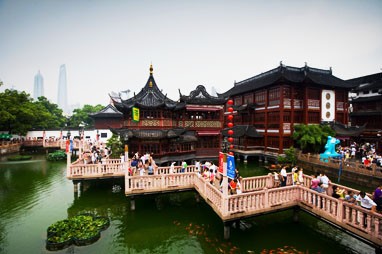 The Yuyuan Folk Square is no longer just a gathering of Dragon Boat Festival snacks. There are also a wide variety of Dragon Boat Festival folk games, such as the "scorpion ball" that emphasizes balance skills, the "legged egg" game that tests patience, and the five poison darts that drive evil spirits. These ancient games let the young and old citizens pass on folklore and affection in their happiness. It is surrounded by the lake and the mountains. It has a 47-square-kilometer folding fan-shaped town. Some people compare her to Venice in Shanghai. Some people compare her to a pearl on the shore of Dianshan Lake. Now this pearl is radiated with more brilliance under the support of the "Golden Jade Belt" - 318 National Road. This is the famous ancient town of Zhujiajiao. In 1991, it was named one of the first four cultural towns by the Shanghai Municipal Government.